Instant Pot Boiled Peanuts—a salty, addicting snack of soft peanuts is easy to make at home in your Instant Pot, slow cooker or on the stove.

Note: The SLOW COOKER boiled peanuts recipe is included in the recipe card below

Today’s recipe comes from the the Empire State of the South or the Peach State–Georgia. And now I’m wondering why I didn’t do a peach recipe for Georgia 🤦‍♀️. Next time, next time. Peaches aren’t exactly in season this time of year, anyhow.

Besides peaches, Georgia is famous for peanuts! The peanut is Georgia’s official state crop. Georgia produces close to half of the peanuts produced in the Unites States. U.S. president Jimmy Carter, and his family, raised the crop for decades in Georgia.

That’s why I decided to try out boiled peanuts for Georgia’s recipe! Boiled peanuts are best when made with “green” peanuts. Green is not talking about the color but the fact that they are freshly harvested and undried peanuts that must be refrigerated. Of course living in Utah I don’t have access to green peanuts so I just used a bag of shelled unsalted peanuts from my grocery store. (P.S. they were still amazing!).

The peanut is not a true nut, it’s a member of the legume family. So when peanuts are boiled they remind me of the texture of a chickpea or edamame. They are also salty because they are boiled in salty water.

Do you eat the shell on boiled peanuts?

Although there are probably people that do eat the shell on boiled peanuts I do not. I use my fingernails to pry open the shell and then eat the goodness inside. It’s helpful to have a second bowl on hand for shells.

Do you eat boiled peanuts hot or cold?

Boiled peanuts are tasty hot out of the pot (be careful, they will be really hot!), at room temperature or even after refrigerating.

Do you drain boiled peanuts?

After you’re done boiling the peanuts you can pour them into a strainer and drain out the water. Some water will remain in the shells and that is okay.

Can you reheat boiled peanuts?

If you like your boiled peanuts hot you can reheat them in the microwave. Place the peanuts in a glass bowl and cover with a paper towel. Microwave for about 30 seconds and then eat and enjoy.

How do you store boiled peanuts?

Boiled peanuts are good for about 24 hours at room temperature. After that you’ll want to refrigerate or freeze them. Store them in a Ziploc bag or an airtight container in the fridge for up to 7 days. I made a full pound of peanuts but if you have less people to eat them I would make less. If you halve the recipe use the same cooking time.

How to you make boiled peanuts in the Instant Pot?

Making boiled peanuts in the Instant Pot is the fastest way to do it. You add water, salt and peanuts to the Instant Pot. Cover and pressure cook for 65 minutes with a 30 minute natural pressure release. Although this is a “long” time for the pressure cooker it’s much faster than boiling them on the stove.

How do you make boiled peanuts in a slow cooker?

You can add salt, water and peanuts to a slow cooker, turn it on high and walk away for 12 hours. Do this overnight or start it early in the morning.

How to you make boiled peanuts on the stove?

In large pot, add peanuts, salt and water and bring to boil. Cover and turn the heat to low. Simmer the peanuts for 3 ½ hours or until peanuts reach your desired tenderness.

Try these other recipes too!

To make I used my 6 quart Instant Pot Duo 60 7 in 1*. I love this Instant Pot because it has the yogurt making function which I use almost weekly.  It has two pressure settings (high and low), and there are also little slots in the handles so that you can rest the lid there instead of putting it down on your counter-top.

A salty, addicting snack of soft peanuts is easy to make at home in your Instant Pot, slow cooker or on the stove. 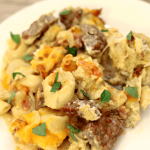 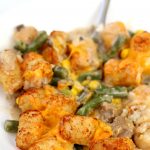 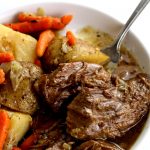 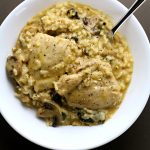