Instant Pot Banana Pudding—layers of Nilla wafers, bananas and homemade vanilla pudding with a generous amount of whipped cream on top. The from-scratch pudding is made with no stirring in your Instant Pot!

When I think of Tennessee I think of Nashville, country music, Dave Ramsey, the Smoky Mountains, hot chicken, Dolly Parton, Bluegrass music, the Grand Ole Opry, Graceland and Elvis Presley and nice Southern people. Greg is always saying if he didn’t live in Utah he would like to live in Tennessee on a big piece of property with lots of trees. We were able to visit Nashville last year for a few days and it was so fun!

Tennessee has lots of good foods to choose from like it’s famous hot chicken, biscuits, barbecue, catfish, country ham and all sorts of other southern delights. I chose to make banana pudding because (a) I love it, (b) I wanted to see if I could make pudding in the Instant Pot and (c) I had a barbecue to go to and I wanted to make something yummy to share.

Banana pudding is a layered dish with vanilla wafers, bananas, vanilla pudding and whipped cream or meringue topping. It is one of my most favorite non-chocolate desserts in the whole world. I told my family that I won’t be making banana cream pie anymore for Thanksgiving but I will be making this banana pudding dessert instead. It is twice as good and just as easy. Plus it serves a huge crowd!

How to make pudding in the Instant Pot

Tips for the best banana pudding

Layers of Nilla wafers, bananas and homemade vanilla pudding with a generous amount of whipped cream on top. The from scratch pudding is made with no stirring in your Instant Pot!

Meringue Topping Option: Instead of whipped cream you can make a meringue topping and serve warm. After you pour the pudding over the top of the wafers and bananas whip e egg whites with an electric mixer set at high speed. Allow egg whites to foam, add 1/8 tsp of cream of tartar and then gradually add 1/4 cups of white sugar one tablespoon at a time. Continue whipping until sugar is well-dissolved. Add 1 tsp of vanilla once stiff peaks have formed and whip until well-combined. Spread meringue over banana pudding, making sure to spread to the edges of the dish. Bake for about 25 minutes at 325° F until the meringue is lightly browned.

1
Make one layer of vanilla wafers in the bottom of a 9×13 inch pan.

2
Slice 3 bananas and lay them on top of the vanilla wafers.

3
Put another layer of vanilla wafers on top of the bananas.

4
Slice 3 more bananas and add another layer on top of the vanilla wafers.

5
Pour the warm vanilla pudding on top evenly. Refrigerator for 2-24 hours.
6
Spread whipped cream over the top and serve. 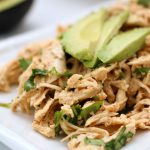 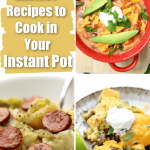 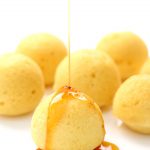 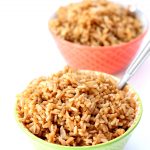 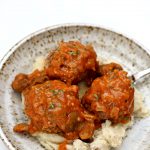 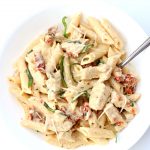