If you’re semi-new to the world of electric pressure cooking, these 5 things not to do with your Instant Pot will come in handy as you start using this awesome countertop appliance.

You may also like: 5 Things You Didn’t Know About Slow Cooking 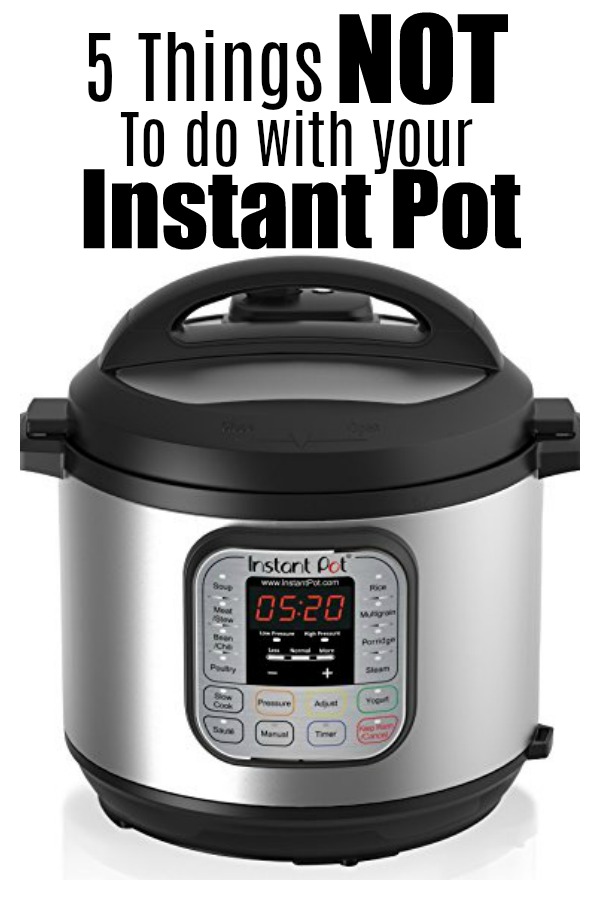 5 Things Not To Do With Your Instant Pot (Video) 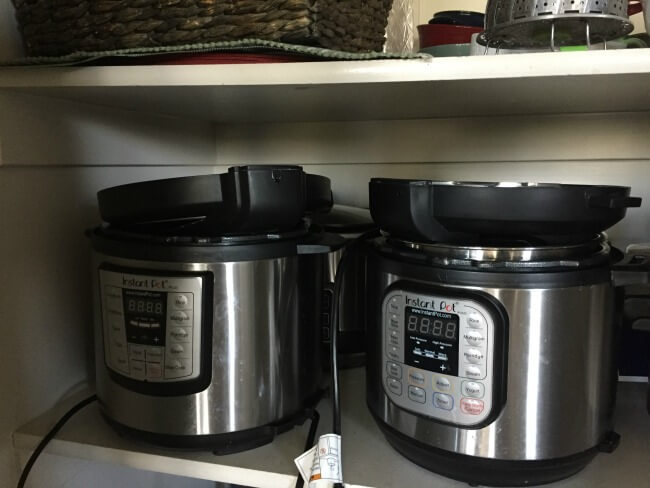 2. Don’t add dairy until the food is done pressure cooking. Just like slow cooking you can’t add some dairy items to the Instant Pot until the food is done cooking. If you do it will curdle. Sour cream, milk, half and half and cream are the major culprits. Canned milk, cream cheese and jarred alfredo sauce seem to do okay under pressure. Cheesecakes turn out great in the Instant Pot! For example in my Instant Pot Tuscan Chicken Pasta I stir in milk after the pasta and chicken has pressure cooked. 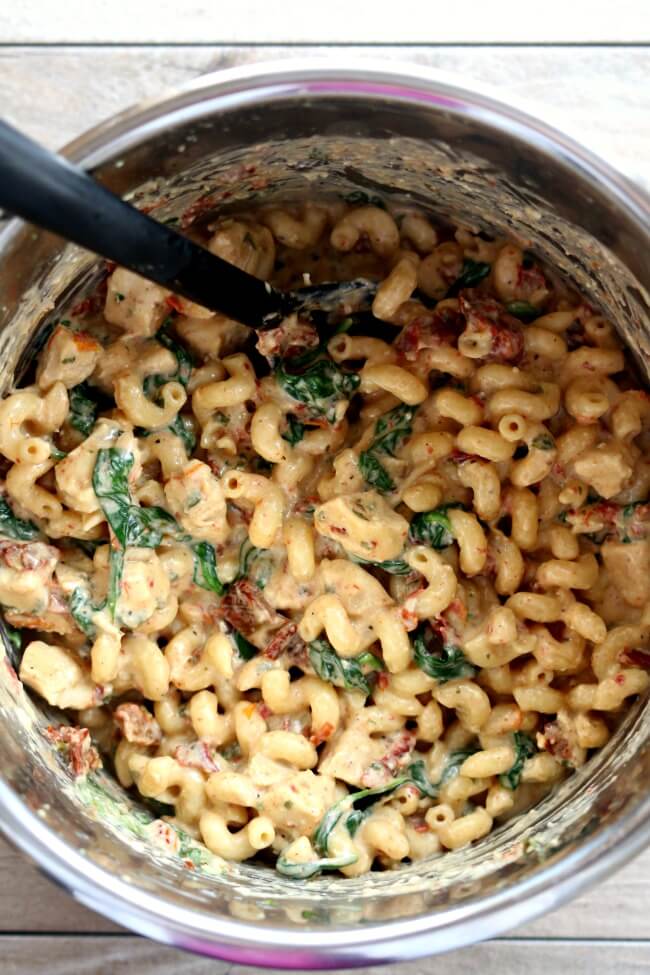 3. Don’t act like you know what you’re doing and don’t give up.  Although I’m a good stovetop cook, who likes to “wing it” when cooking, I find that pressure cooking is a whole different thing. Entirely. I met constant failures and frustrations, until I realized I needed to pretend like I knew nothing about cooking, and go into it with that mindset, so I could learn afresh. I followed recipes, from trusted resources, because winging it didn’t work until I knew this new method of cooking. Once I came into it with that mindset, it all became a LOT easier. Once you get a handle on the “rules” of pressure cooking you can experiment a bit. But until then, follow recipes and don’t give up if you have a recipe fail every now and then! 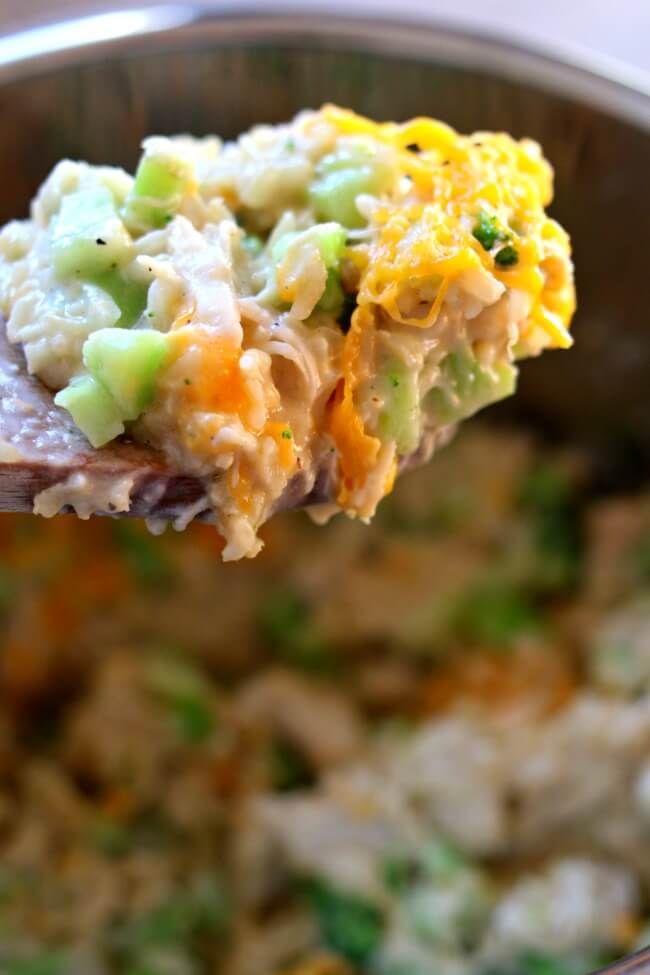 Broccoli casserole took me a while to get “just right.”

4. Don’t get frustrated by how long it takes. Just because a recipe has a pressure cook time of 2 minutes doesn’t mean that the food will actually be done in 2 minutes. There is a good 10 minutes of heating up the pot and letting the pressure build and then the recipe might also call for a “natural pressure release” which will take another 10 minutes or so. Don’t get irritated by this! Use your time wisely by doing all the dishes and cleaning up the kitchen in the meantime. I like to prepare a salad or fresh veggies during this time as well. I have gotten a lot of laundry folded and put away in the time the pressure is releasing. Make it a game to see how much you can get done while your Instant Pot is cooking your food! Remember it’s all hands-off cooking time which is such a blessing when you have a busy family that needs your attention on something other than stirring the risotto. 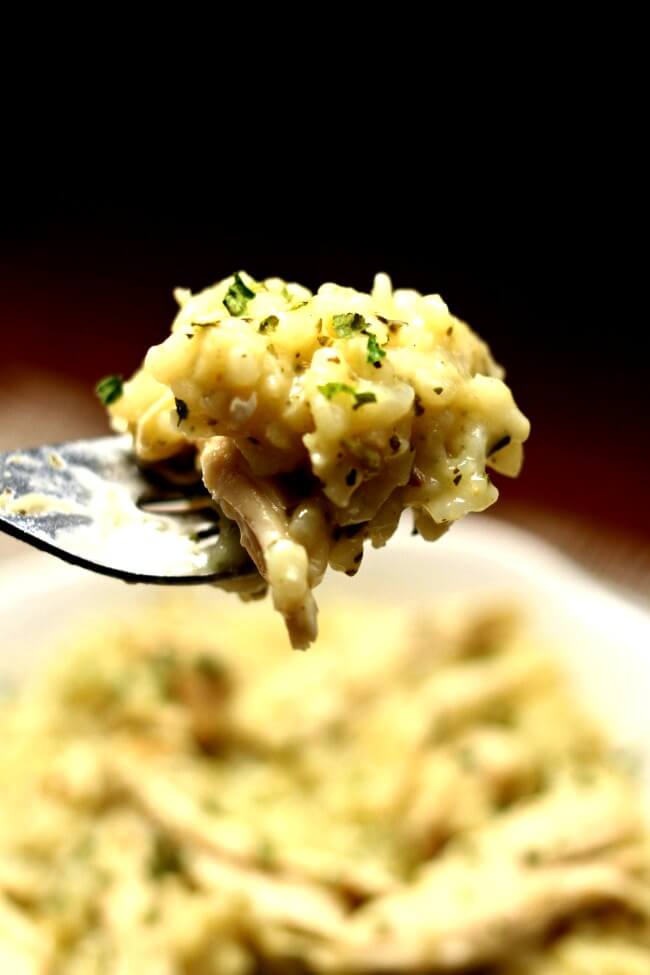 Chicken pesto risotto is one of my favorite recipes! No stirring or babysitting necessary!

When possible use a natural pressure release (NPR) when cooking meats. A natural pressure release is when the cooking time is over and you leave the valve closed and allow the pressure to decrease without doing anything. Your Instant Pot will automatically switch to the Keep Warm setting. As soon as it switches to Keep Warm the pressure will begin to drop. The time it will take to release all the pressure depends on the ingredients and the amount of liquid in the pressure cooker.  Unfortunately, there is no beep or signal when the pressure is released. The float valve will simply drop down and you’ll be able to open the lid. Sometimes you can hear the float valve drop if you’re close by. You can see the pin (float valve) drop in this video if you’re interested in seeing what that looks like:

Some of my favorite recipes for beginners…

Brown Rice. I could never get brown rice perfect when I tried to make it on the stove. Now it’s a cinch! I use this method of making Instant Pot brown rice and I love it. Works every time!!

Seasoned Shredded Chicken. Sometimes it’s just nice to have some flavorful shredded chicken on hand. It goes well in other recipes (like chicken salad or chicken tetrazzini) or served by itself. This is my favorite recipes for basic shredded chicken. You can even cook the chicken from frozen. 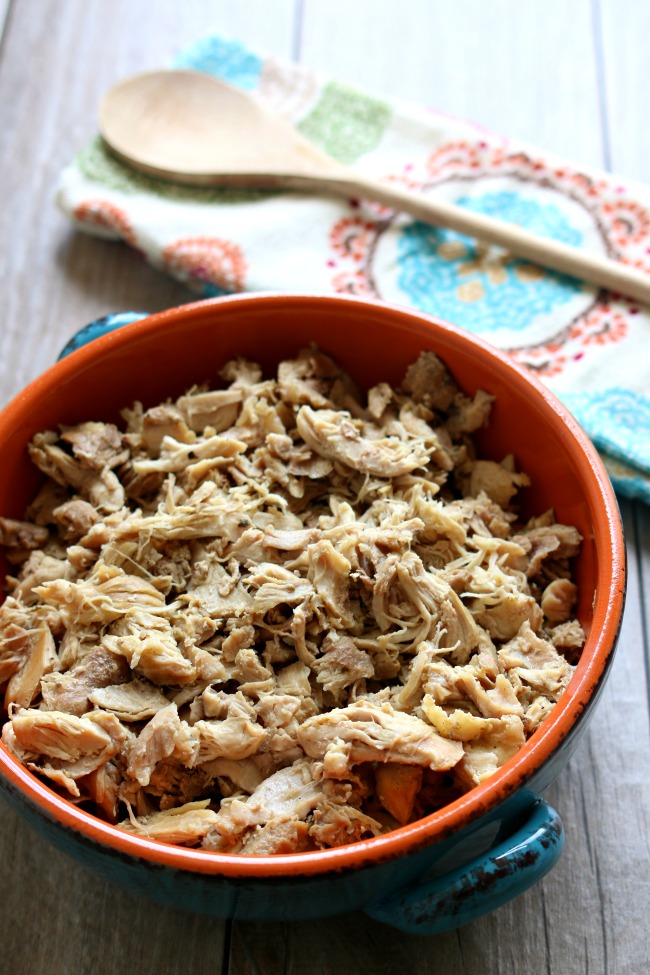 Chicken Gyros. Our whole family loves these Instant Pot Chicken Gyros. They are very flavorful! This recipe has a video to go with it of my daughter demonstrating the recipe.

Mississippi Roast. This roast is super flavorful and fall apart tender. We like to serve it on toasted buns.

I use a 6 quart Instant Pot Duo 60 7 in 1*. I love this Instant Pot because it has the yogurt making function which I use almost weekly.  It has two pressure settings (high and low), and there are also little slots in the handles so that you can rest the lid there instead of putting it down on your counter-top.

Like this article for 5 things not to do with your Instant Pot? Get all my new recipes delivered to your email inbox by signing up below. 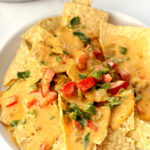 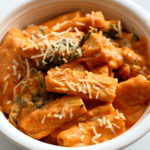 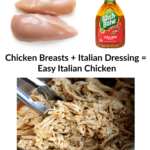 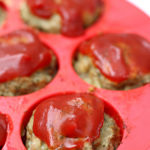