Slow Cooker Spaghetti Squash–An easy way to cook spaghetti squash! Spaghetti squash is a healthy, low calorie alternative to regular pasta and because it has a neutral flavor it soaks up whatever seasonings or sauce you serve with it.

Get the Instant Pot version of the recipe here 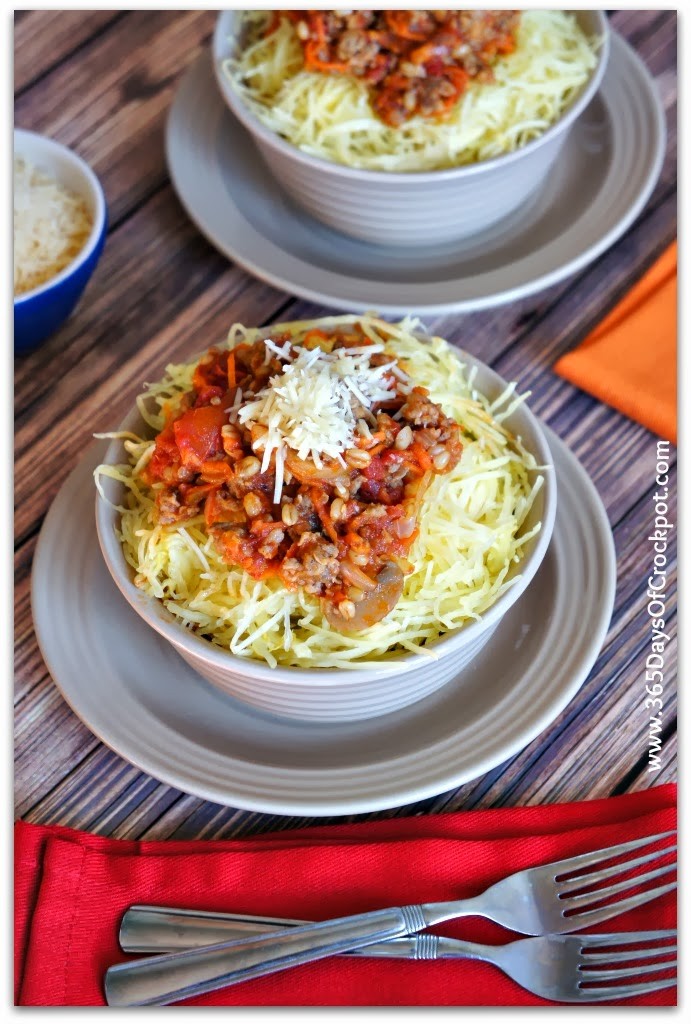 For years I’ve loved spaghetti squash but didn’t really like preparing it. I always had a tough time cutting through the hard exterior shell lengthwise and maneuvering around the stem. It’s not until recently that I’ve realized that it’s actually better to cut crosswise through the squash. The strands actually are longer that way because they run in concentric circles around the core!

So all you need to do is put a cut of water in the bottom of your slow cooker, cut the squash and get the seeds and gunk out, and then place the squash in your slow cooker and cook on low for about 4 hours or on high for 2-3 hours. After it’s cooked to your desired tenderness use a fork to shred the flesh of the squash into long spaghetti-like strands. It’s so easy!

Marinara sauce from Add a Pinch

For this slow cooker spaghetti squash recipe I used my 6 quart oval Kitchenaid slow cooker. I love this slow cooker (you can see me talking about it in a video here). It cooks low and evenly. I love the medium heat choice because most slow cookers that I’ve seen only have the option of cooking on low or high. If you’re going to buy just one slow cooker, this is the one that I recommend

An easy way to cook spaghetti squash! Spaghetti squash is a healthy, low calorie alternative to regular pasta and because it has a neutral flavor it soaks up whatever seasonings or sauce you serve with it.

I used my 6 quart kitchenaid slow cooker for this recipe.

Click here for the Instant Pot version of this recipe.

Send Me Your New Recipes 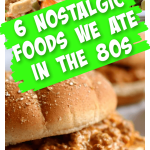 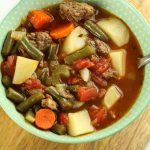 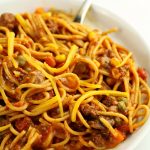 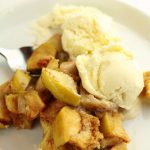 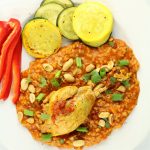 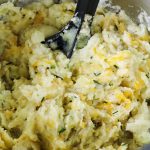