Shannon was the queen of lasagna this week.  How did these two lasagnas do, in your opinion? 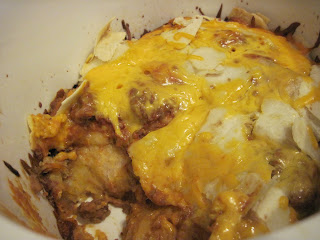 Mexican Lasagna:
Couldn’t be easier. It does cook quickly, so I couldn’t leave it all day, but it’s great for one of those days where I forget I was going to start the crockpot first thing in the morning. I did cut the taco seasoning to 1/4 as you mentioned in your review, and I thought that was about perfect. My little anti-hot kids said it was still a little spicy, but they ate it. And honestly, they think salt and pepper is spicy. This reminds me more of an enchilada casserole than a lasagna, but the pot was scraped clean either way. I would probably double it next time. Unless I made it as part of a whole Mexican smorgasbord. Maybe even then.  If I get everything at my stock up price, I’d probably spend about $8 to double the batch. 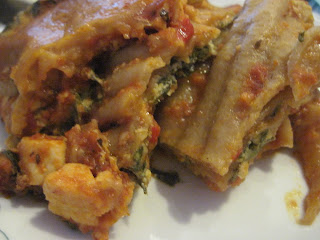 Chicken Lasagna:
This one definitely takes more prep time to get it going, so I have to be on my toes to get it started early. It’s still easier to do in the morning than during the witching hour before dinner when the kids are going crazy, so hooray for the slow cooker! I did notice when preparing, however, that the directions don’t ever mention the mushrooms and never say when to put the chicken back in. I’m assuming they just go back in the simmering sauce. The only other alteration I made was using fresh spinach rather than frozen, since I just don’t ever buy it.


The end product was great. The whole wheat noodles held up to make an actual lasagna with clear layers without falling apart. I want to try this again with sausage. We had some leftover – just the way I like it. The only child who complained was the one who helped make it and saw the spinach go in, so she had to object on principle. The other kids said they really liked it.
This recipe probably ran me around $12.

I might have tweaked the points a little bit in favor of the Chicken Lasagna. It was a bit more time intensive and expensive than the Mexican Lasagna, and they both tasted great. In the end, the Chicken Lasagna just seems more impressive coming from a slow cooker, so I hand it the final victory.