If you like your dinner to have a little kick to it then you’ll appreciate this recipe for spicy chipotle chicken made in the slow cooker and then served on top of King’s Hawaiian Jalapeño Rolls. There is a bit of heat in this meal but it’s not out of control. My whole family ate it…but we did have a glass of water handy 🙂 We all loved the new King’s Hawaiian Jalapeño Rolls that the chicken was served on. These rolls have that delicious sweet flavor that you’re used to with the original King’s Hawaiian Rolls but then also a spicy jalapeño kick. Who’s going to be the one in your family to eat all the rolls? You can customize your own commercial here…it’s pretty fun.  In my family it’s definitely my 10 year old daughter. She had three rolls after school yesterday! If you’re not familiar with King’s Hawaiian Rolls, it’s a 60 year old family owned company that is dedicated to making irresistible Hawaiian foods. I mean I would rather be in Hawaii personally but I guess for now the jalapeño rolls will have to do 😉 You’ll start this recipe by piling chicken into the slow cooker and then blending your own chipotle barbecue sauce. You’ll leave the slow cooker for several hours to do its work and then shred the meat up and serve on the jalapeño rolls. Really easy recipe! Probably only takes 10 minutes to get it going. Another idea is to serve my Sweet and Tangy Pulled Chicken Sliders with Cucumber Slaw with the King’s Hawaiian Jalapeño Rolls! Or you can get some recipe inspiration here.  I’m going to be trying the Spicy Jalapeño Philly Cheese Steak Sliders or the breakfast sliders with sausage eggs and cheese…yum! Thanks for stopping by! Do you love crockpot recipes? Wish you had more good ones that your family would actually eat? Get all my new recipes delivered to your email inbox by clicking here.I usually send out 1-2 new recipes per week. And you can unsubscribe at any time. This is a free service! Try it out. You’ll eat better and be more inspired to make family dinner happen at your house.

Saucy shredded chicken with a bit of a kick served on top of sweet and spicy jalapeño rolls. This is an easy meal for a summer dinner.

*Tapioca is a thickener. It will keep the sauce from getting too runny.
**I toasted my rolls under the broiler, but it’s up to you if you want to do that or not.

This is a sponsored conversation written by me on behalf of King’s Hawaiian. The opinions and text are all mine. 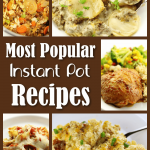 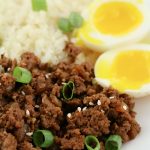 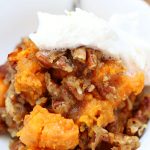 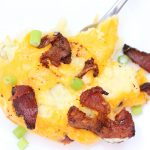 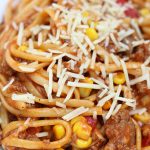 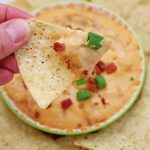